← more from
Hausu
Get fresh music recommendations delivered to your inbox every Friday.
We've updated our Terms of Use. You can review the changes here. 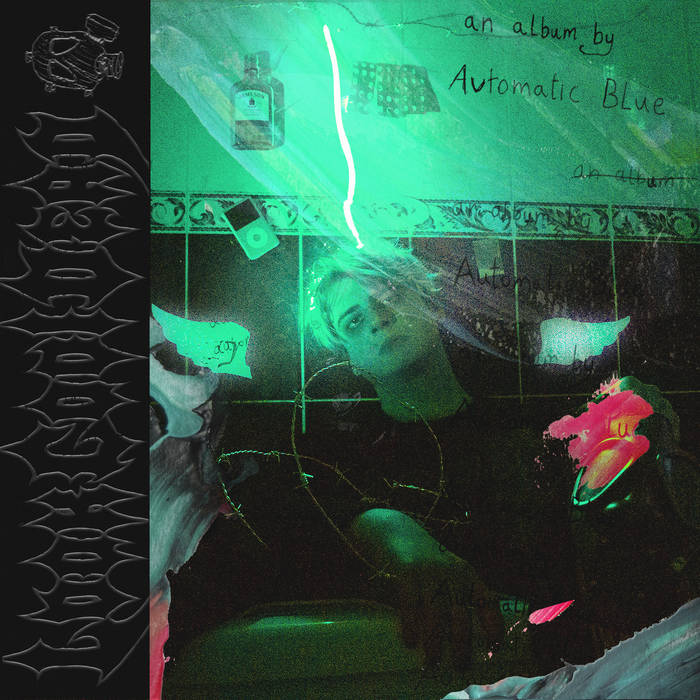 Drew Linehan's career as a songwriter took him from roaring youthful punk groups to Hausu's oddity outfit Repeater, to behind the boards on bedroom pop heights with Arthur Valentine. Throughout this tour of projects, his sound has leapt wildly from genre to genre, but the same core influences remain - the aesthetics and songwriting style of 90s alternative rock, and the bold, beat-driven production of modern hip-hop and electronic music. Automatic Blue's forthcoming album LOOK COOL DEAD (September 24, on Hausu) is the full realisation of this: it sounds like the spirit of Fearghal McKee being summoned through some arcane cracked VST in Ableton Live. Or if Elliot Smith shared producers with Kendrick Lamar.

LOOK COOL DEAD is also a personal and serious statement beyond his earlier work - all at once a darker and heavier Automatic Blue record, a more sonically diverse project, a more polished and cinematic artistic achievement, but also a series of notes on severe struggles with mental health and the long climb to break through. The spectre of surviving with suicidal thoughts is rendered viscerally throughout the record; the runtime of the record traces the space between the lines “I wanna know what it’s like to be dead” and “I’m so glad I’m still here with you”.

Second single L0V3 due August 13th is a key moment in the album's narrative, a widescreen reflection on wanting to love and be loved in spite of twisted self-doubt (“Reach out touch your face / Freak out turn away”); booming 808s and twisted vocoder vocals, cinematic synths and roaring guitar solo set the scene for a pivotal turning point, the track frequently shifting between shapes and sounds as it coalesces towards a climax.

The project's sonic diversity and polish belies its home-studio beginnings, made in a house shared with fellow Hausu members Actualacid and Arthur Valentine; tiny unlisted collaborations between the three artists appear throughout each of their 2021 projects. The music made in that house is to be celebrated on-stage this winter at the recently announced hausu@cyprus show (November 2nd, 2021 - tickets and more info at www.cyprusavenue.ie/gigs/hausucyprus-11134011) - featuring five acts and promises of new surprises.

all tracks written, recorded and mixed by automatic blue
track 3 produced with actualacid
track 6 written with and additional vocals by arthur valentine

Bandcamp Daily  your guide to the world of Bandcamp

Alex Rita and Errol from Touching Bass feature in our special London edition of the Bandcamp Weekly.